Hello, again! Hope your week was productive. I just spent five days with a bunch of tweens at a church camp and am a little tired, but I'm excited to dive into the next lesson! Each of those kids was so cute and this gave me the idea to highlight one of the best selling types of picture books--character driven. If you look at most agents who rep picture books, you'll find they often call for this type of book.

So, what is a character driven picture book exactly? I define it as a story that is more about who the character is than about the plot that drives the character. This makes that character memorable and live in the heart of a child. The reason why editors clamor for these types of books is because they not only sell but they can have marketing tie-in's if the book goes well plus, of course, there will be sequels which will make more money for the publishing house. 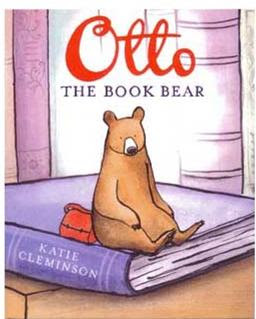 How do you go about writing one? When I set out to write Princess Peepers, I didn't know I was writing a character driven book, even though I'd studied them. After I'd finished, I had entitled the book, The Princess Who Wore Glasses, emphasizing wearing glasses. Once the story went through revisions, I noticed my focus shifted off the glasses and onto Princess Peepers herself and then I re-titled it. Because of Peepers' personality, she really has the ability for many more sequels and stories. You know you have a character that is memorable when this happens.

What are the qualities you must have for a true character driven book? 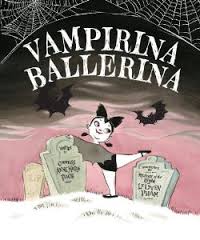 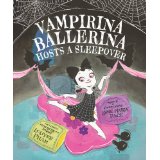 You know you've written a character driven book when a child can dress as your character and people will know who they are. I'm going to do an analysis of Vampirina Ballerina, showing you what makes this a perfect character in a title series. I'm all agog to tell you there is a sequel to this marvelous book coming out NEXT WEEK!!! It's entitled, Vampirina Ballerina Hosts a Sleepover.

Synopsis: When Vampirina decides to become a ballerina, she isn't like the other students which gives her all kinds of trouble (like she can't see herself in a mirror!) But with determination, she reaches her dreams.

If you know some stand out character driven picture books, please post them below. This might help your fellow picture book writers pick out some great examples!

Do you want to see other PBU posts? Click here: PBU

Pam Calvert said…
I love Pinkalicious! And of course, Clifford, the epitome of a character driven pb. ;-)

I don't think I've checked out The Gruffalo. Sounds charming!

Unknown said…
And sure as I was reading picture books this morning, I realized that I mismatched the characters... It is Freddy the Frog!
If you haven't checked out the Gruffalo he is AWESOME - they also do a great job of character promoting. He has videos and amazing printables for kids and parents
9:50 AM

Anonymous said…
I'm so glad you examined character-driven picture books, Pam! I do have a manuscript that I think is a perfect (well, it's not perfect yet) character-driven story...a young boy who refuses to take off his boots because he is a 'cowboy in training'...his name is Dylan McGee. :) I'll be at the library Thursday to get out a bunch of books, although I'm sure I've got shelves full of possibilities. How about 'Owen', 'Olivia' and 'Harold' (from Harold and the Purple Crayon).
7:54 PM

Carrie Finison said…
These are great examples, Pam. I've been thinking a lot about character-driven books lately, as I've seen that term on many editors' and agents' wish-lists.

One recent one is "Crafty Chloe" - I haven't had a chance to look at it yet but from the title alone you can get an idea what it is about.
6:49 AM

Ohh. Crafty Chloe. Sounds like something I need to read. Thanks for sharing, Carrie.
8:23 AM

Anonymous said…
I love this lesson, Pam! I love how you explain character-driven pbs and your analysis of them. While I'm in the states for the next 2 wks, I'm trying to catch up on all the pbs I've missed the past few years. I'm on the lookout for character-driven now!
9:20 AM

tj said…
I love this lesson, Pam! I love how you explain character-driven pbs and your analysis of them. While I'm in the states for the next 2 wks, I'm trying to catch up on all the pbs I've missed the past few years. I'm on the lookout for character-driven now!
9:20 AM

Tina Cho said…
Pam, that last comment was from me. Sorry,having a computer problem!
9:21 AM

Romelle Broas said…
This is a great topic since this is what I wanted to work on so a big thank you, Pam! The first book that comes to mind is Olivia. I see that Vivian already mentioned this. How about Ladybug girl.
9:37 PM

CA Clark said…
I am liking this post very much and off to the library tomorrow. :)
2:41 AM

David McMullin said…
Thanks, Pam, for this fantastic article. it has given me a lot to think about with my own stories.
9:06 AM

Candice Conner said…
My kids and I adore the Pete the Cat series! And I had no idea that the Vampirina on Disney Jr was a pb series! My daughter is going to love that. Picking up a few copies for her (and myself) when I head to the library.
6:12 AM

carolyn said…
Great post. Thanks for defining character driven PB. A new one is Charlotte the Scientist is Squished. I think a second one is coming out next year. Oh, and Zombelina.
5:47 PM

Jill Purtee said…
Yes. Yes. Yes. If a child dresses as the character, the character is successful! I loved this explanation. Thank you.
11:35 AM

Popular posts from this blog

Welcome to Picture Book University.  Each week, I will highlight some aspect of picture book writing and then give you an assignment for the week. At the end of these posts, you will have participated in a mini-picture book workshop that should help you see your picture book manuscripts in a whole new way--preferably, in a marketable way. ;-)
For my first lesson, we'll be looking at the different genres. A genre is a classification of shared traits of any piece of literature. In picture books, there are many genres and sub-genres. Since this is a "mini" workshop, I'm only going to focus on a few, but I will list the top ones.
Now, I've been using the term, picture book, loosely. Some people distinguish between picture books and picture story books. For our purposes here, we will focus only on picture books. A picture book has a picture on every page, but the text is limited--no more than 1000 words. A picture story book is filled with text and may not have a pic…
Read more 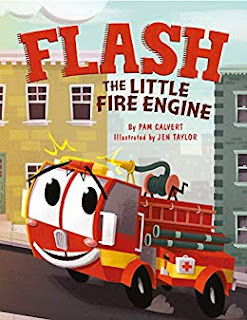 I'm excited to announce that my newest book, FLASH: THE LITTLE FIRE ENGINE is already on amazon for pre-order.


The story follows Little Flash who's about to embark on his first day on the job. He's SOOOO excited! Will he be able to pitch in and save the day?

This is a character driven story made for boys and girls who love emergency vehicles. It's action packed with loads of sounds and a quick plot.

When I wrote this, it took a long time for me to figure out what was going to happen in it. I knew I wanted to write about a fire truck simply because there's tons of dump trucks, garbage trucks, backhoes, trains, etc, but not fire trucks! You must write about things that aren't already in the market if you want to sell.

Since I didn't know much about fire trucks, I did a lot of research for this story. My son-in-law helped me, too. (A family effort since my grandsons adore fire trucks.)

If you want to know more about how to write a character driven story, read …
Read more

Pam Calvert
Being an author is a dream come true for me and every day I thank God! I love to read and write fun stories for kids. My newest books are BRIANNA BRIGHT, BALLERINA KNIGHT and FLASH THE LITTLE FIRE ENGINE! 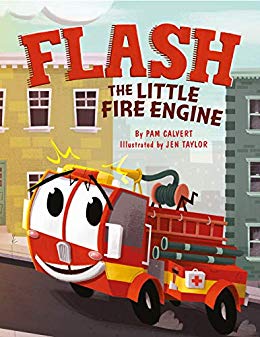 Wee Oo! Wee Oo! Flash is ready to save the day!

Never give up your dreams!

The ONLY princess who wears glasses! 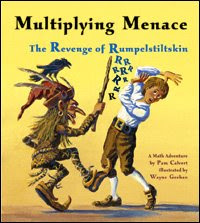 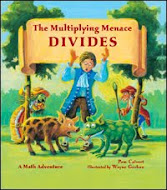 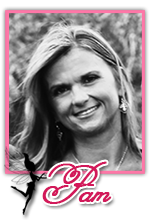